Former Mayor immortalized in the community

The community came together to celebrate and immortalize the legacy of a true Okotokian.

Okotoks' late Mayor Bill Robertson was honoured by the town as well as members of council Saturday, September 10 in a park renaming ceremony in recognition of the late mayor, who passed away from cancer in July of 2021.

Elaine Vincent, Chief Administrative Officer at the Town of Okotoks, kicked off the ceremony.

The joke garnered a chuckle from the hundreds in attendance, most sporting an Okotoks pin.

She continued her speech highlighting the former mayor's sense of humour and commitment to the town.

"He will be remembered for his outstanding community, spirit, energy, kindness and generosity, he left a lasting impression on everyone he interacted with.

"A sincere thank you to Mayor Bill for being who he was, for everything you did for Okotoks, for leaving us with a legacy of Community, advocacy and spirit that we are very proud to continue."

Bill Robertson's widow Elaine was present along with their sons Michael, Jeffery and Bradley.

"If he were here today I can assure you he would be smiling from ear to ear and of course handing out a lot of Okotoks pins." ~ Elaine Robertson

In an emotional speech, she thanked those in attendance and boasted the park had everything Bill loved about his community.

"Where there is grief, there is also a profound sense of joy and pride in Bill being recognized for his contributions to this town. I feel that Bill would be greatly humbled and touched by this tribute. Bill cared about this community. He cared about the people who lived here and he was a champion for this town."

She also touched on his 26 years on town council, and how he was especially passionate about recreation, youth, sports and simply having fun.

"The fact that this park is being renamed in Bill's honour, a park that encompasses so many activities and outdoor options and especially one that is connected to the Okotoks vast and impressive pathway system, is incredibly fitting.

"If he were here today I can assure you he would be smiling from ear to ear and of course handing out a lot of Okotoks pins."

On sight were members of the community, residents and friends, current and former politicians including MLA RJ Sigurdson and Naheed Nenshi, who served as Mayor of Calgary from 2010 to 2021, as well as members of the Robertson Family.

The event concluded with members of the community signing a soccer ball which was given to the family. 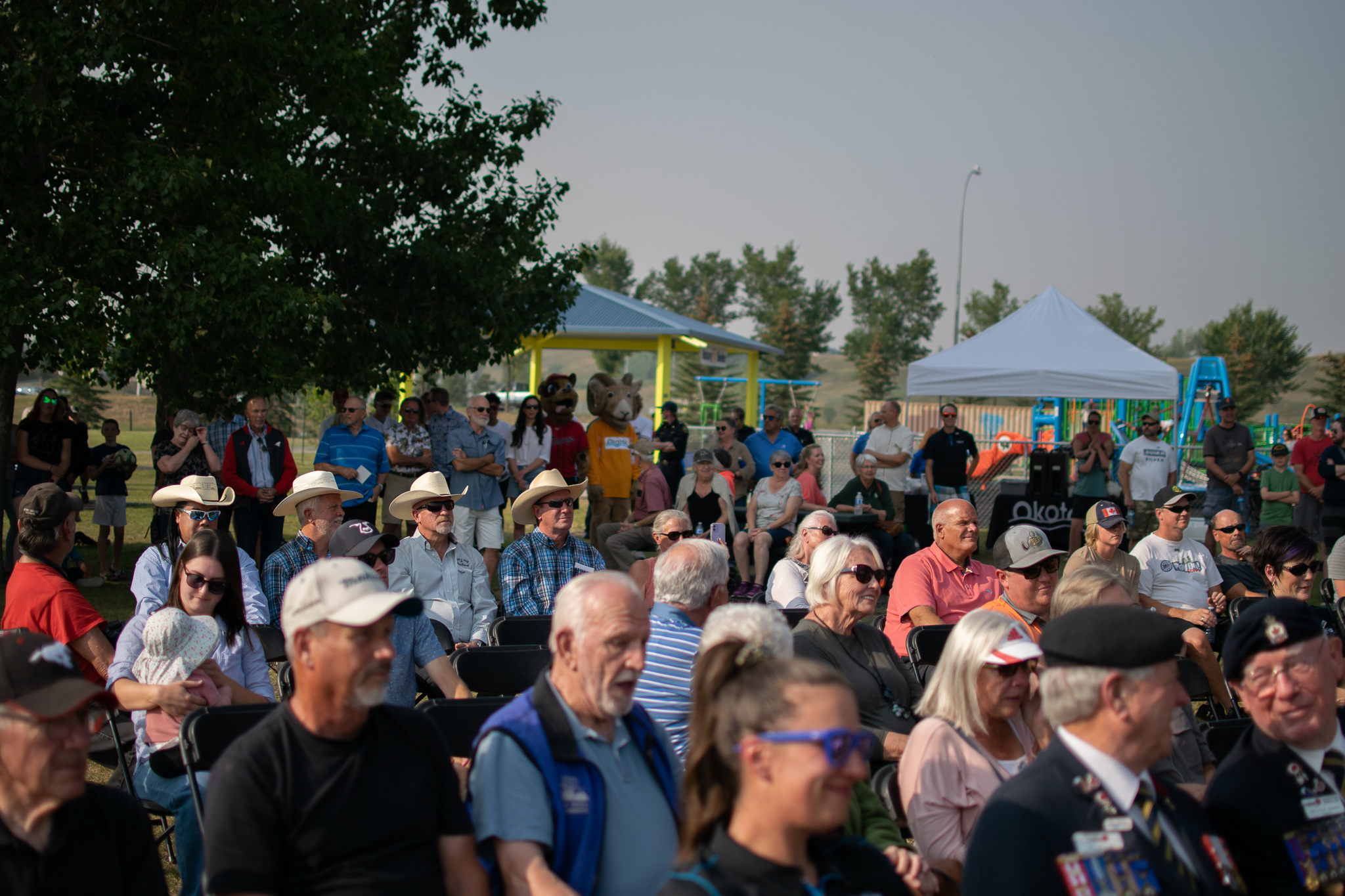 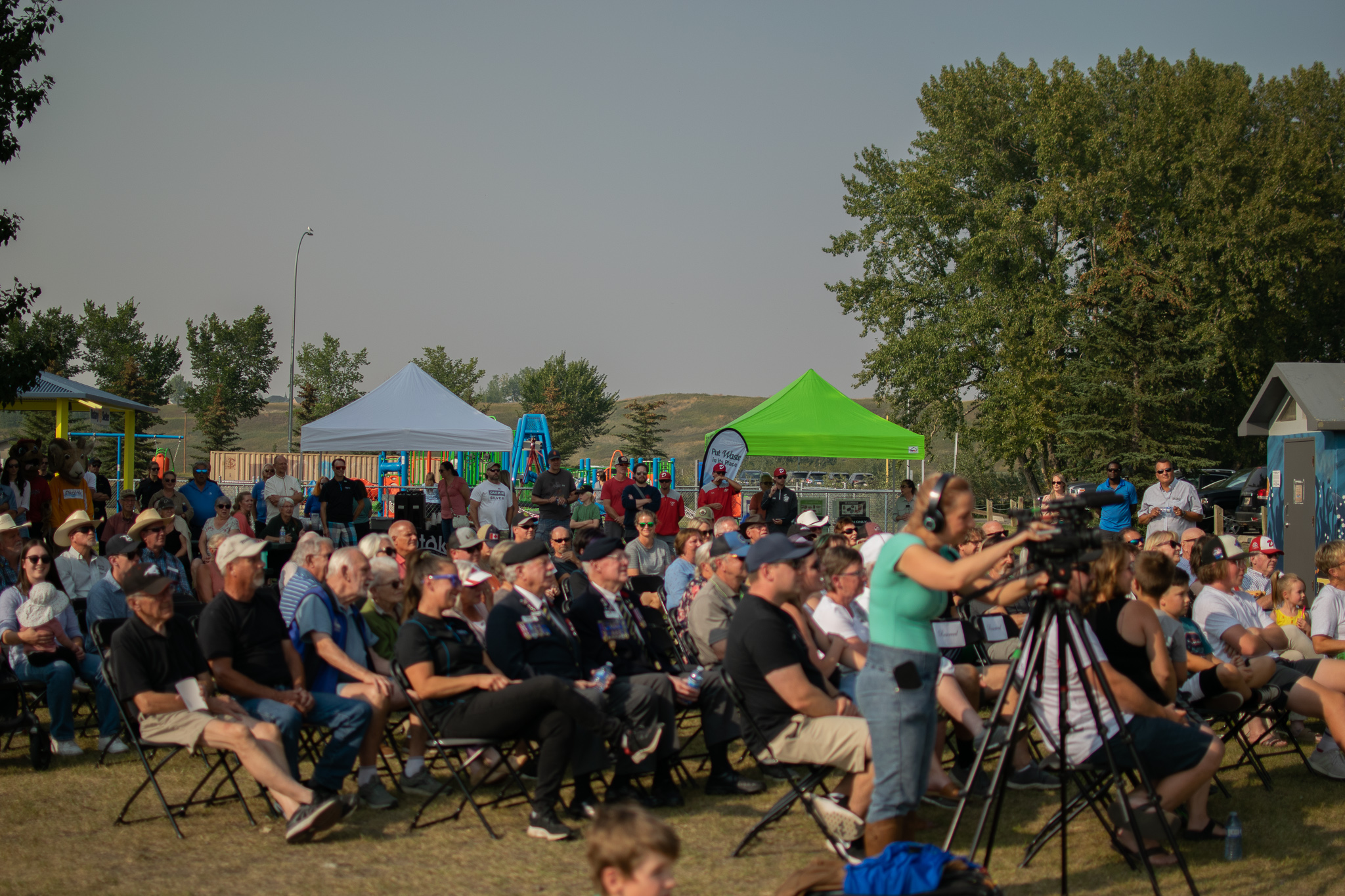 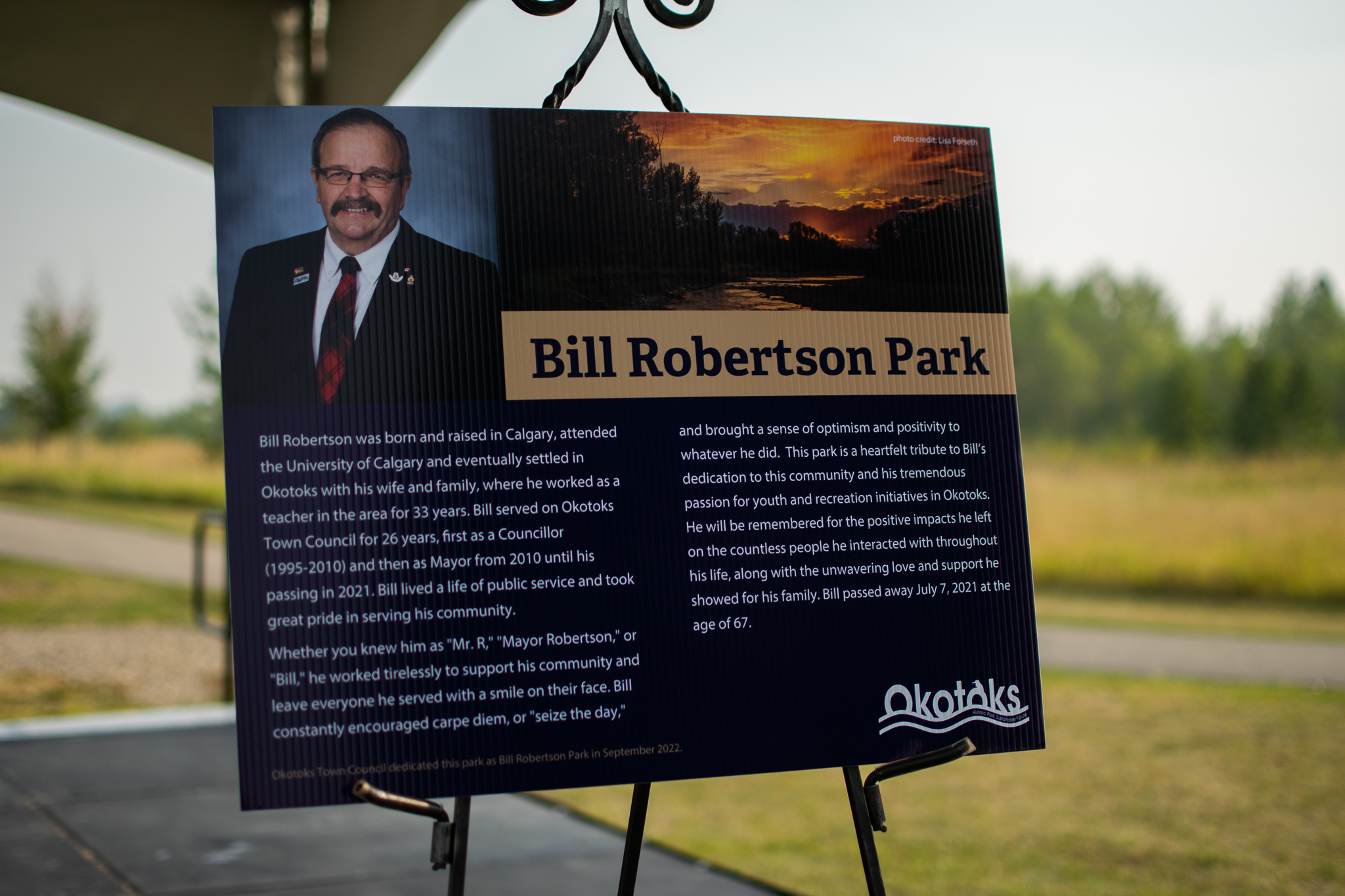 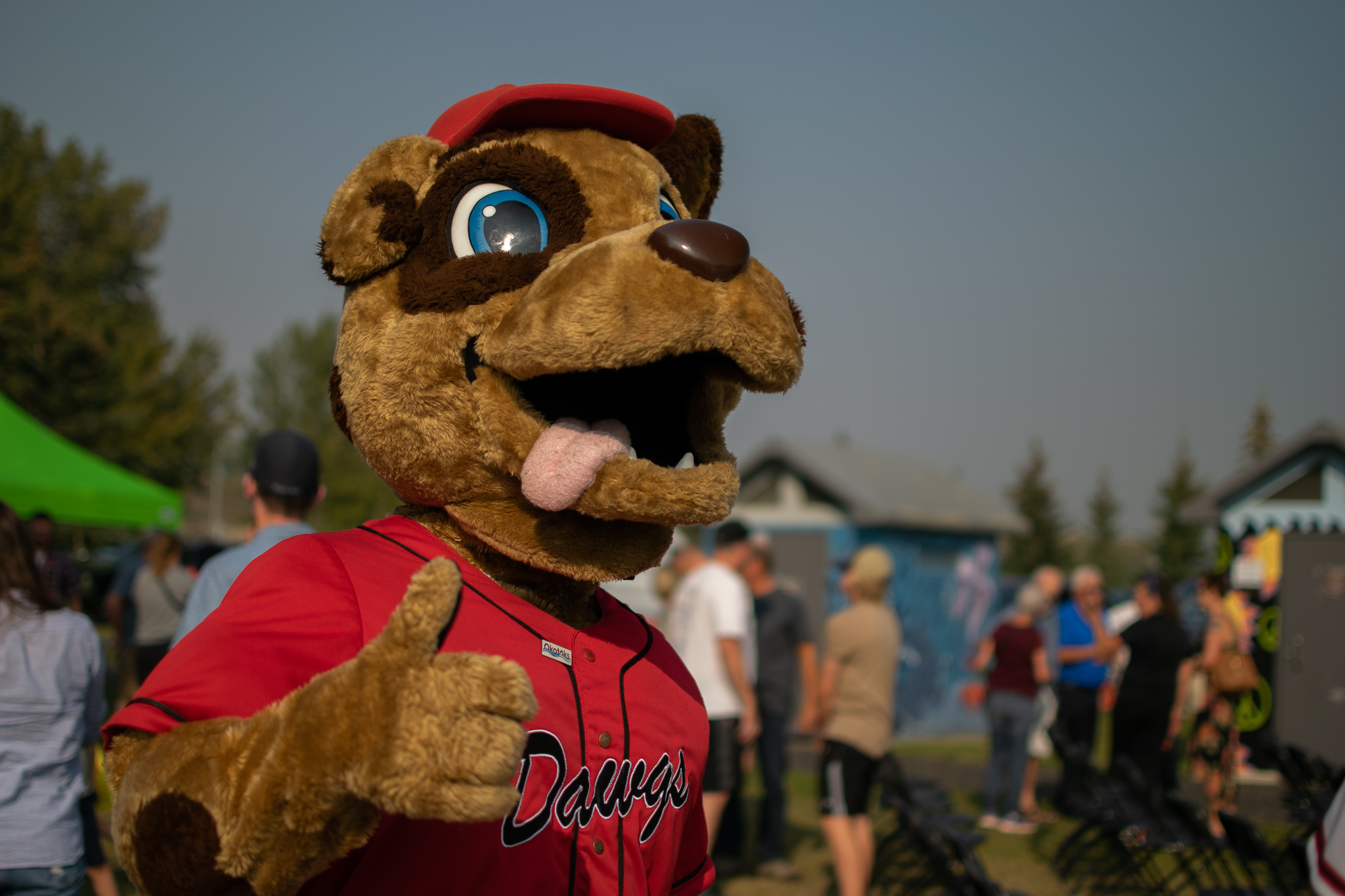 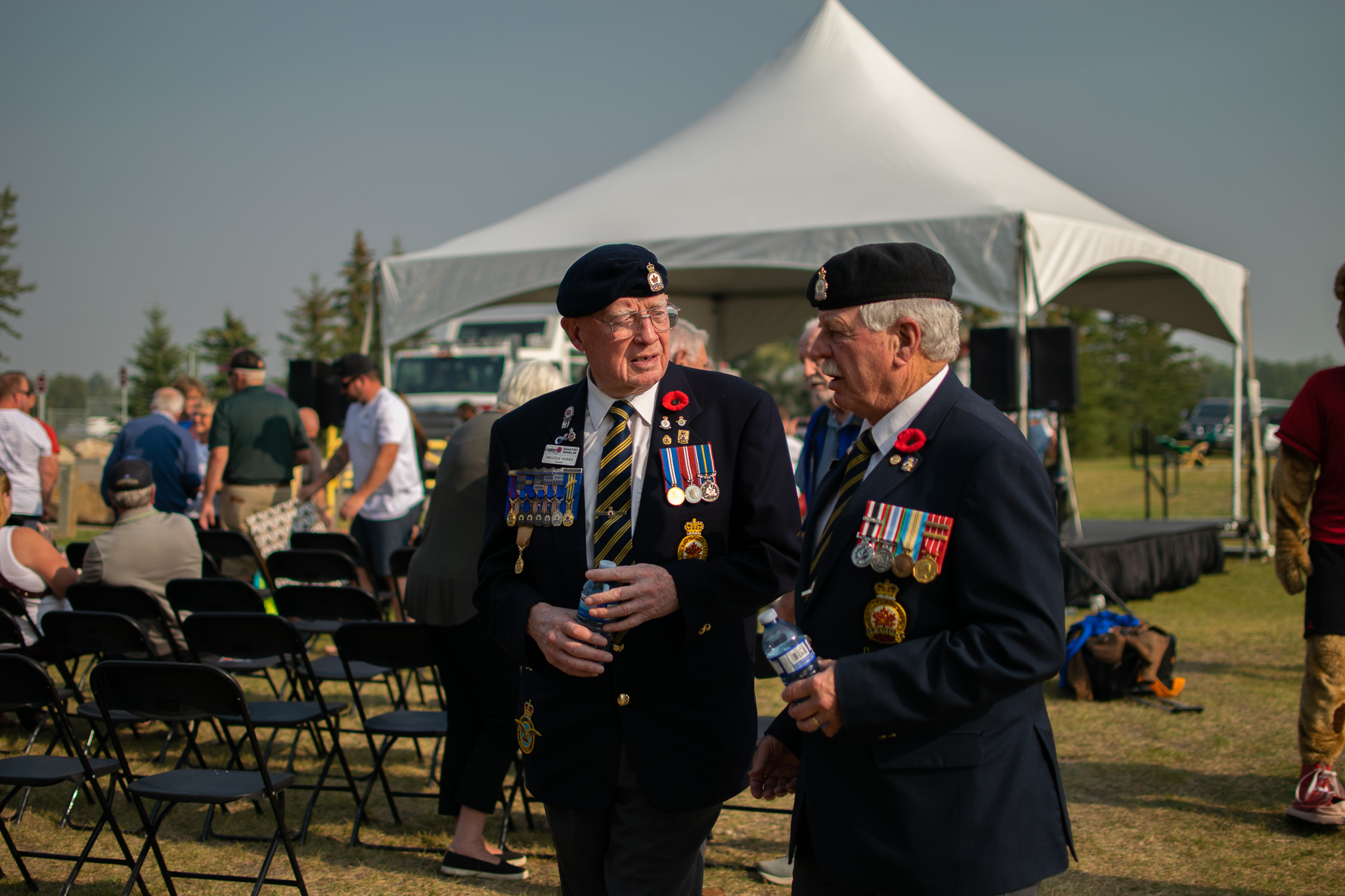 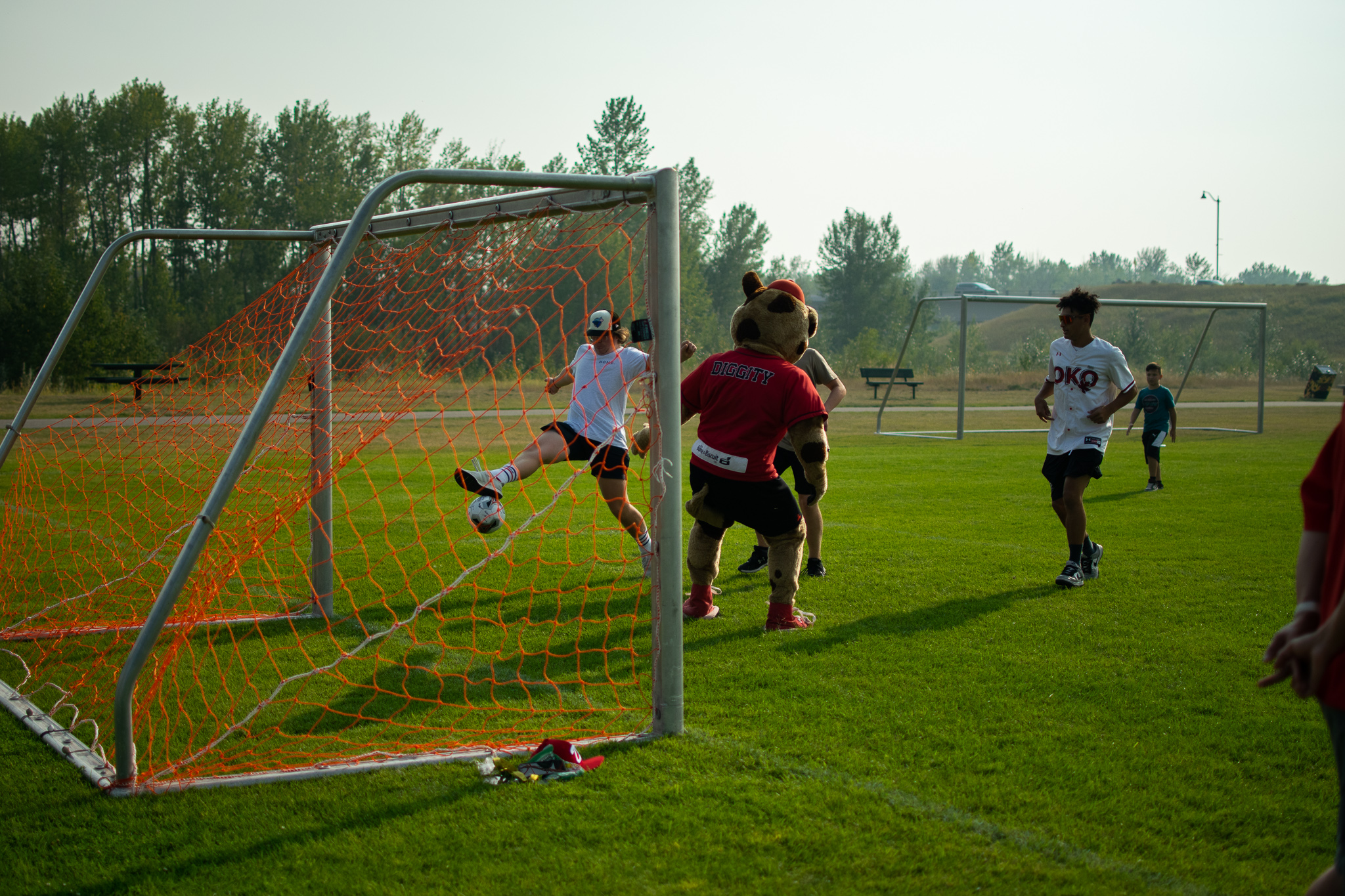 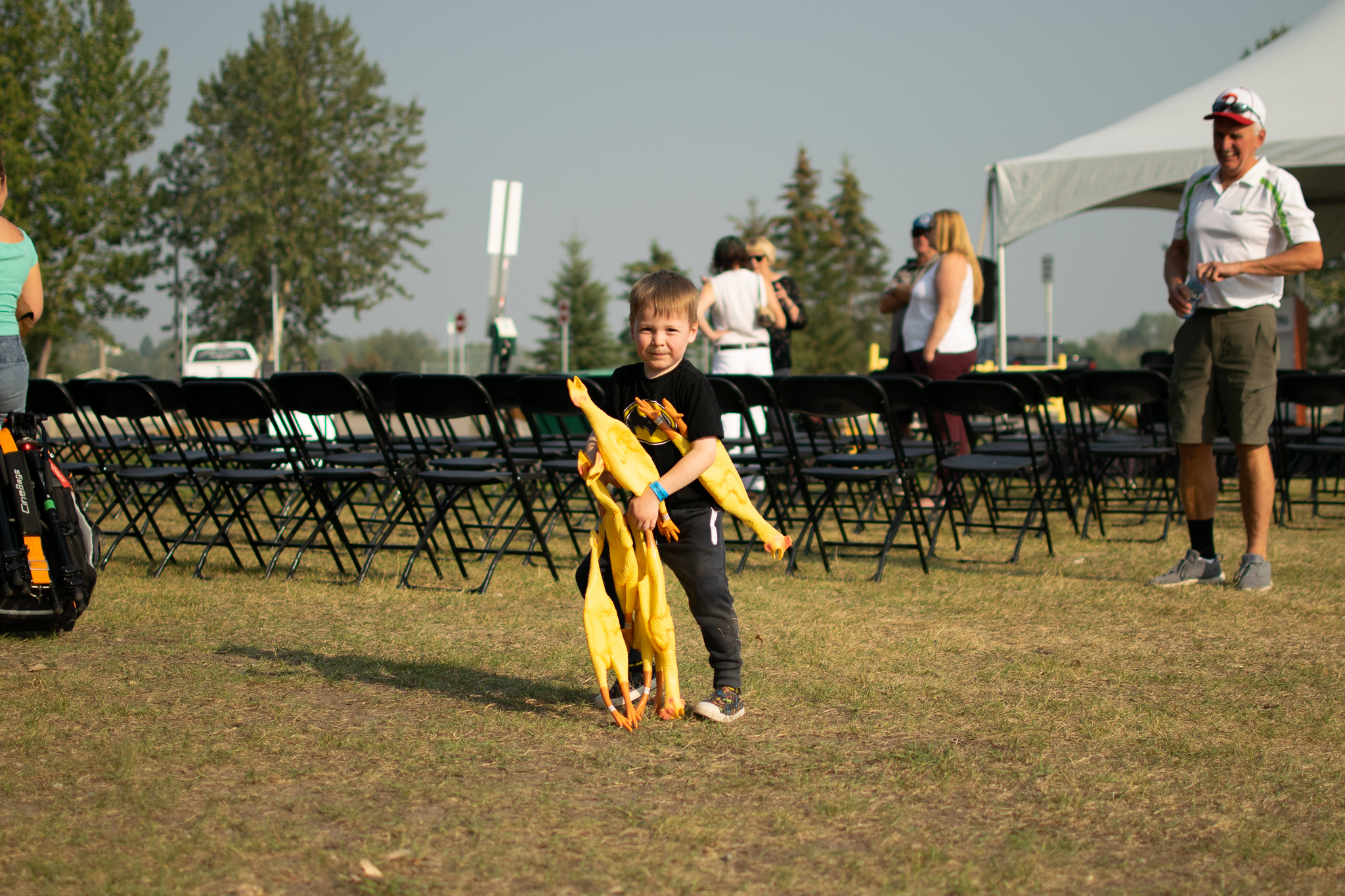 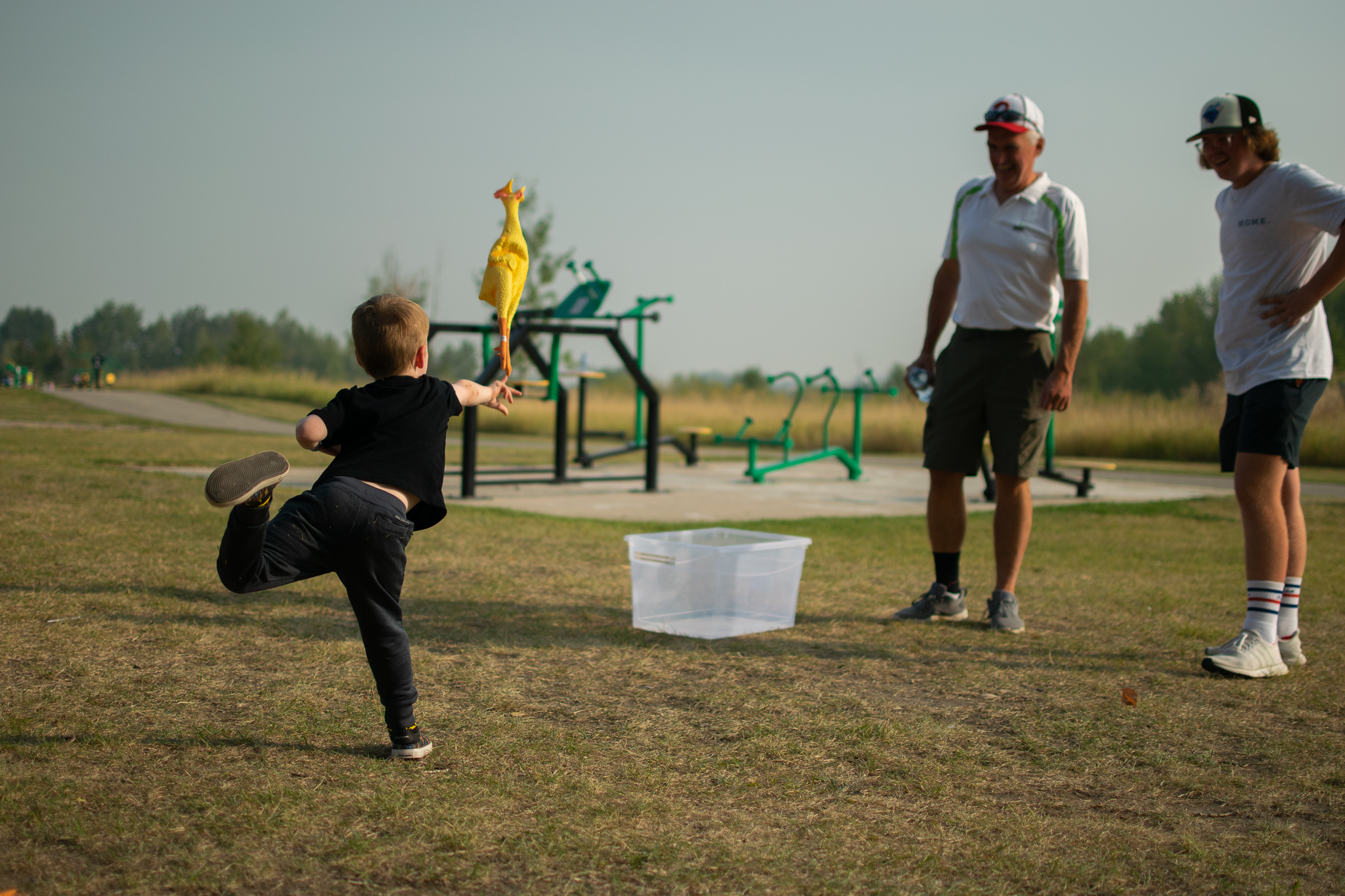 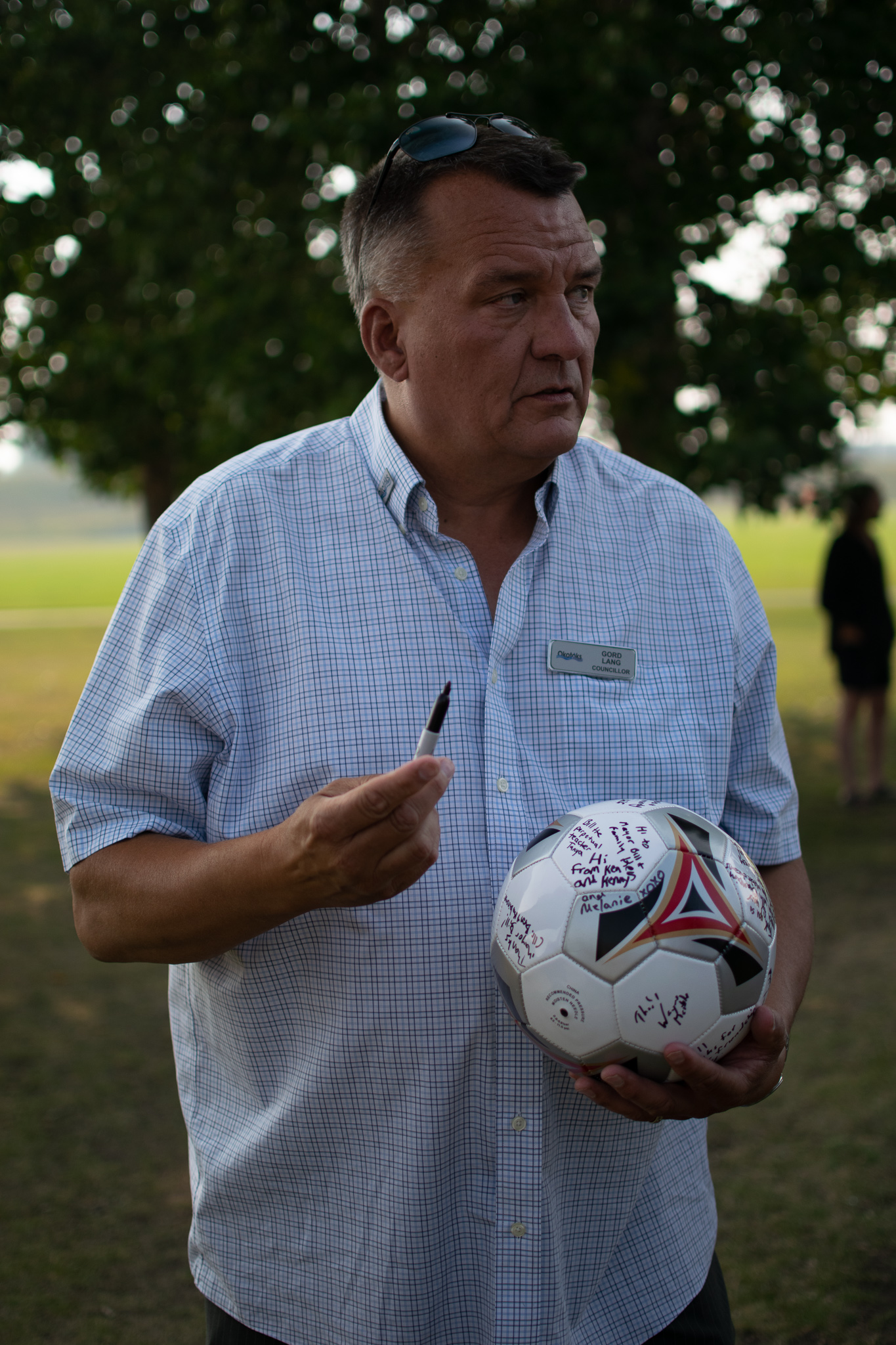 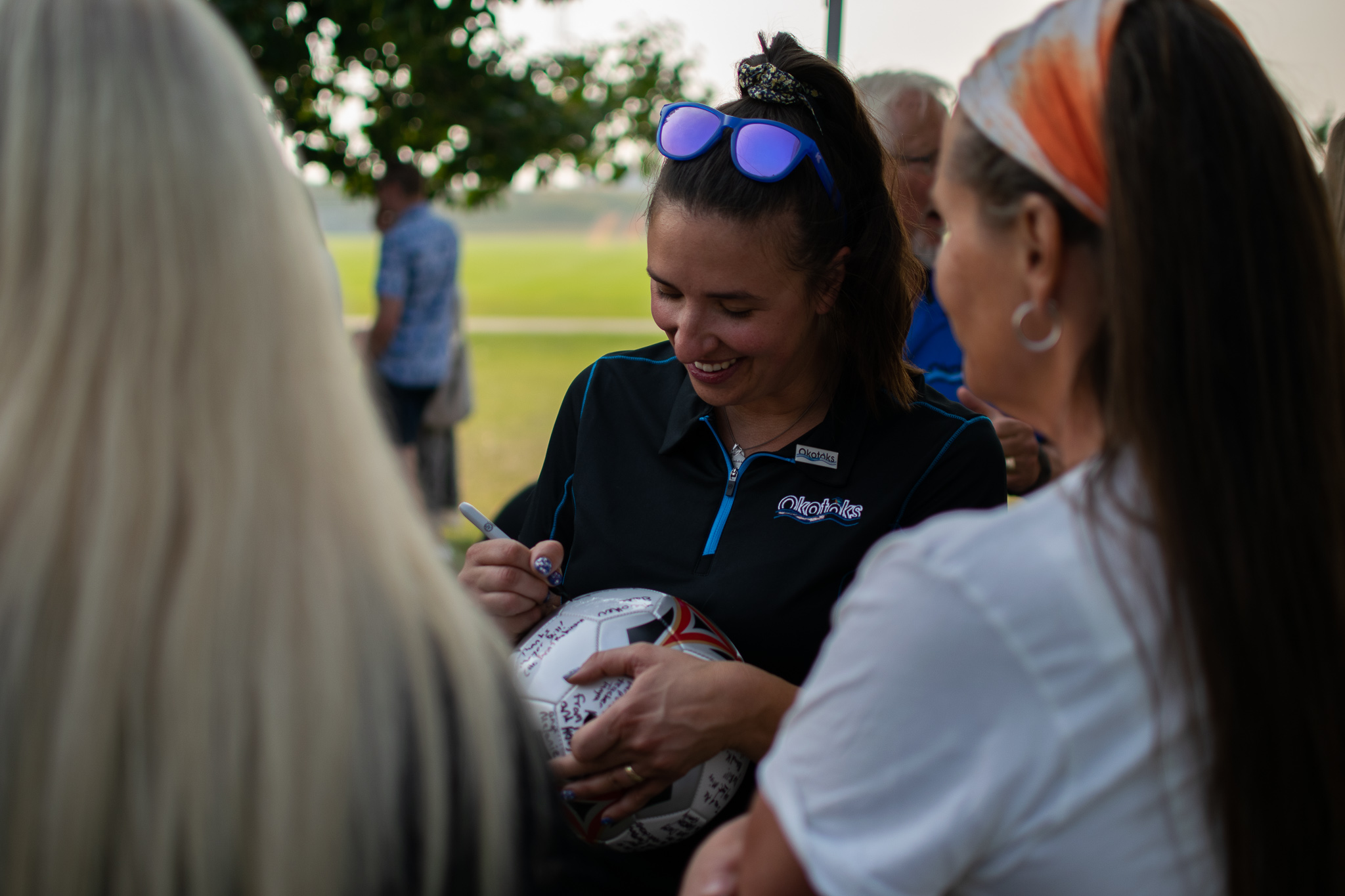 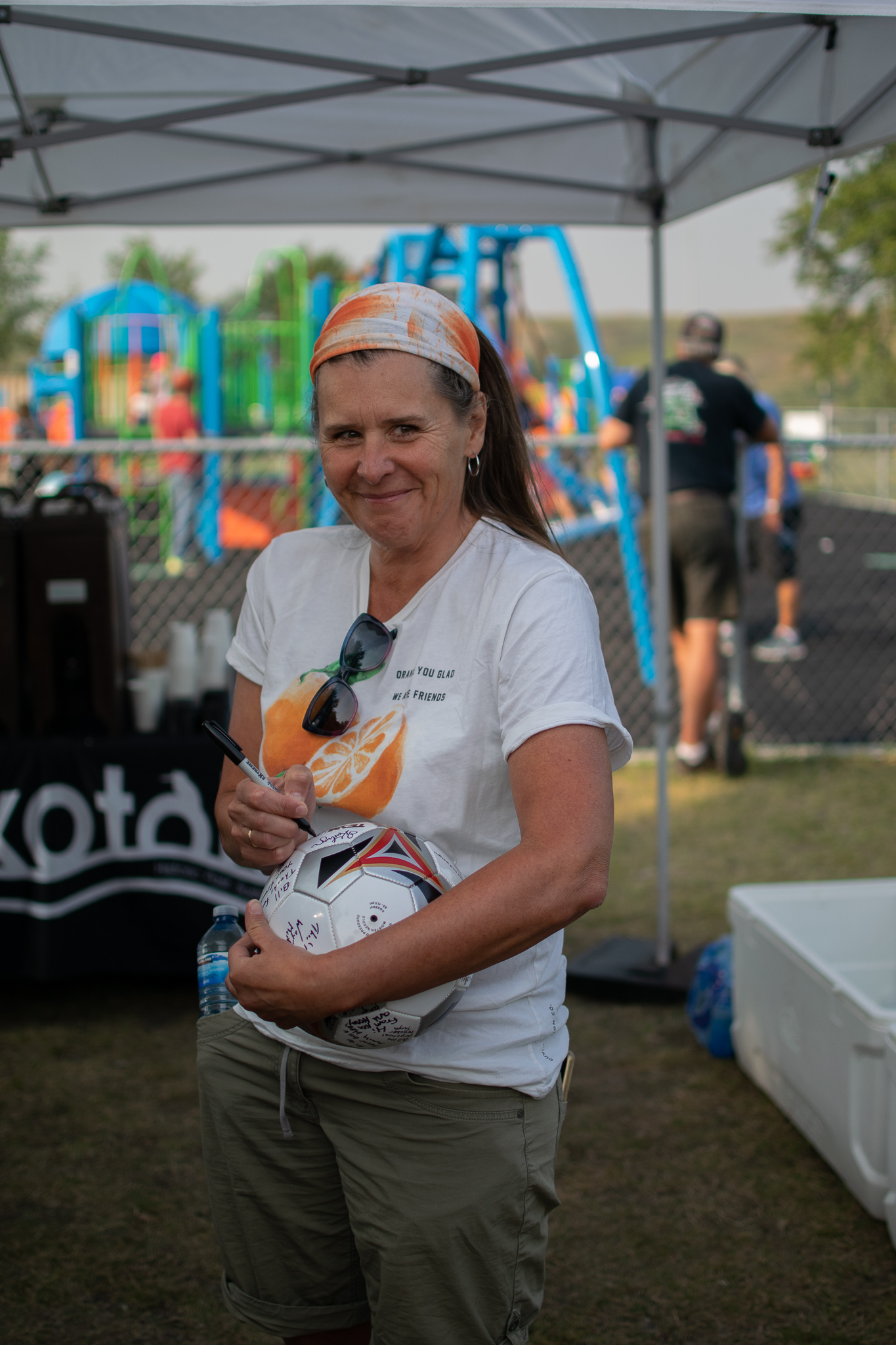 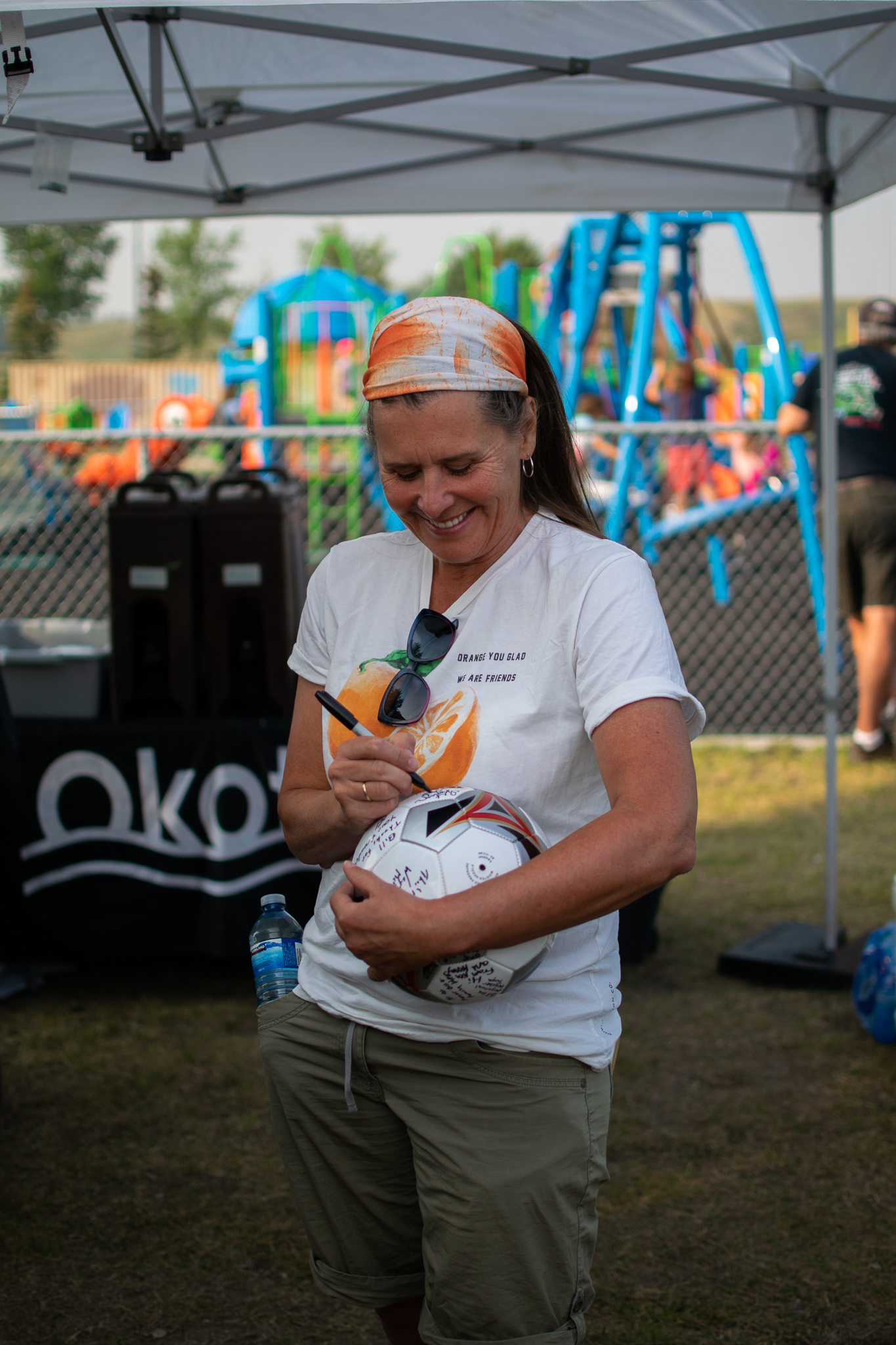 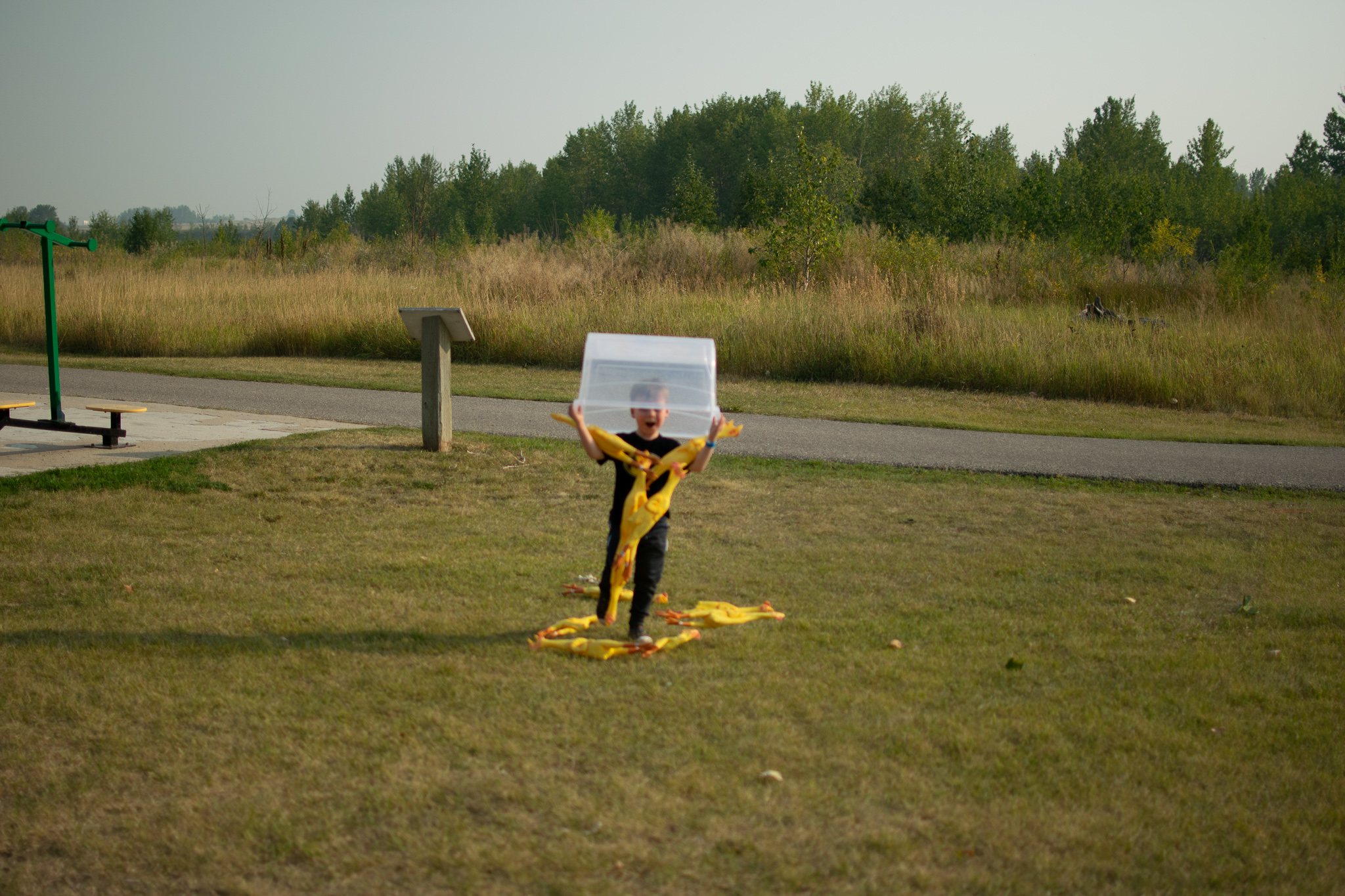 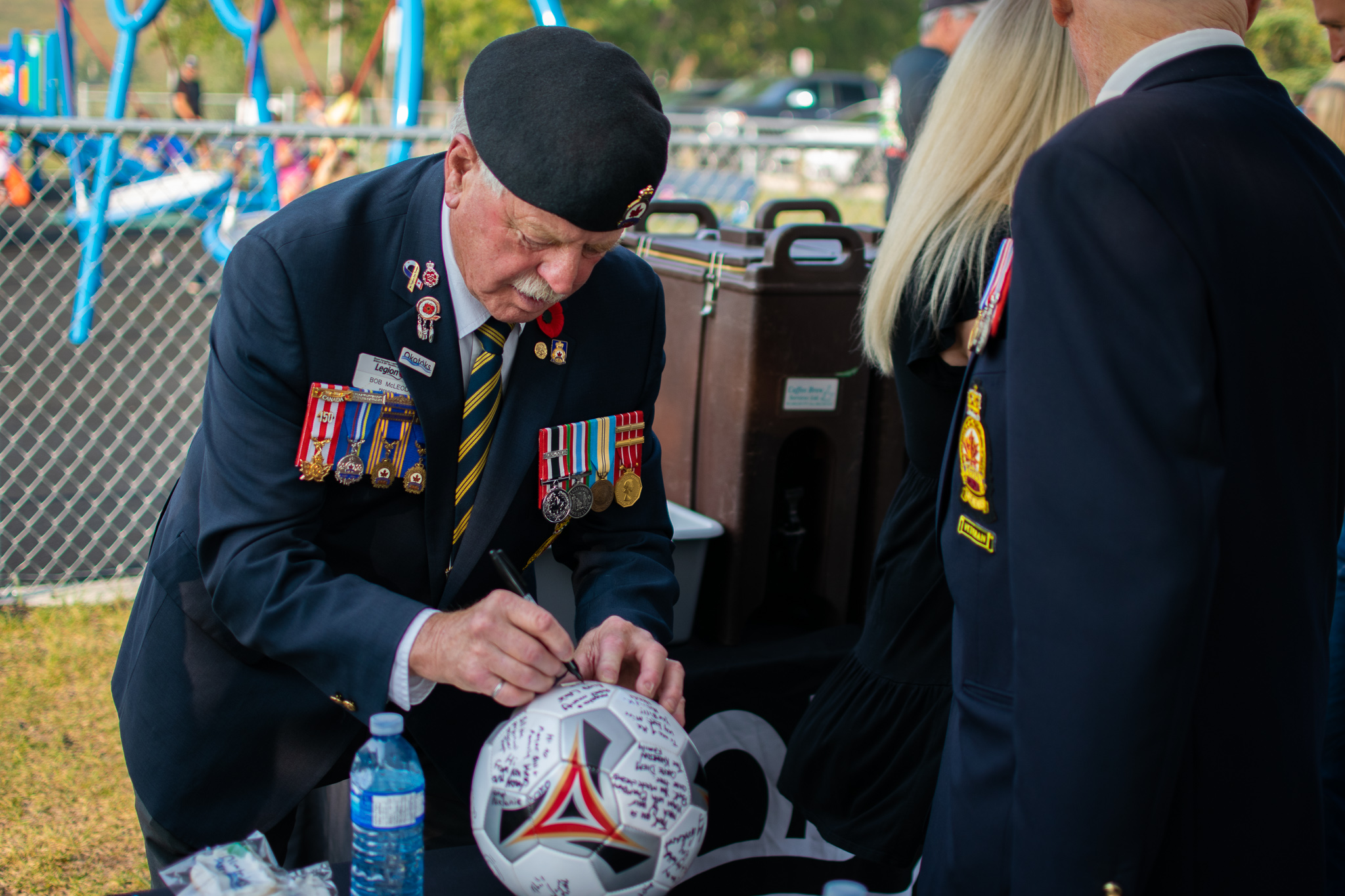 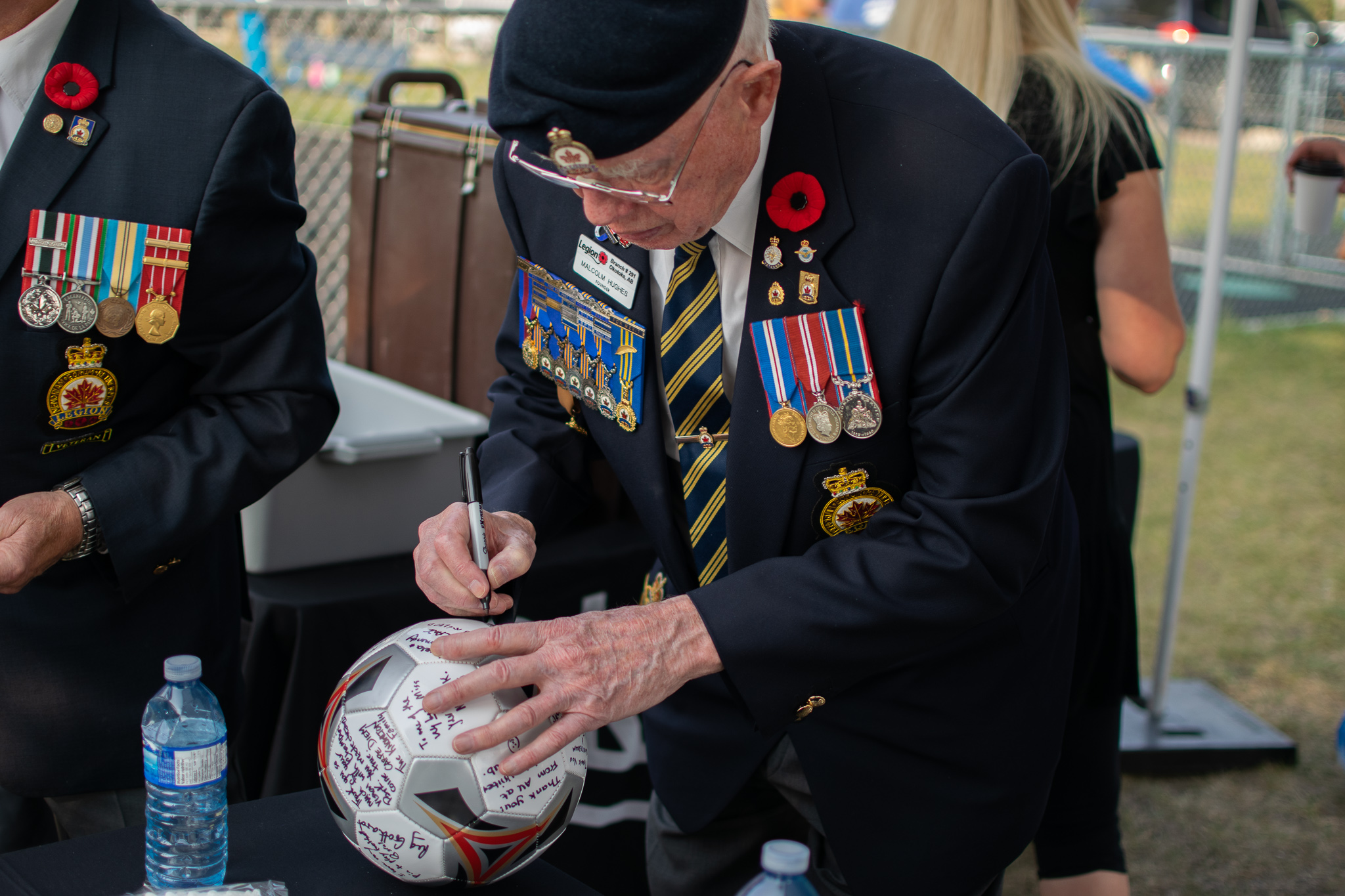 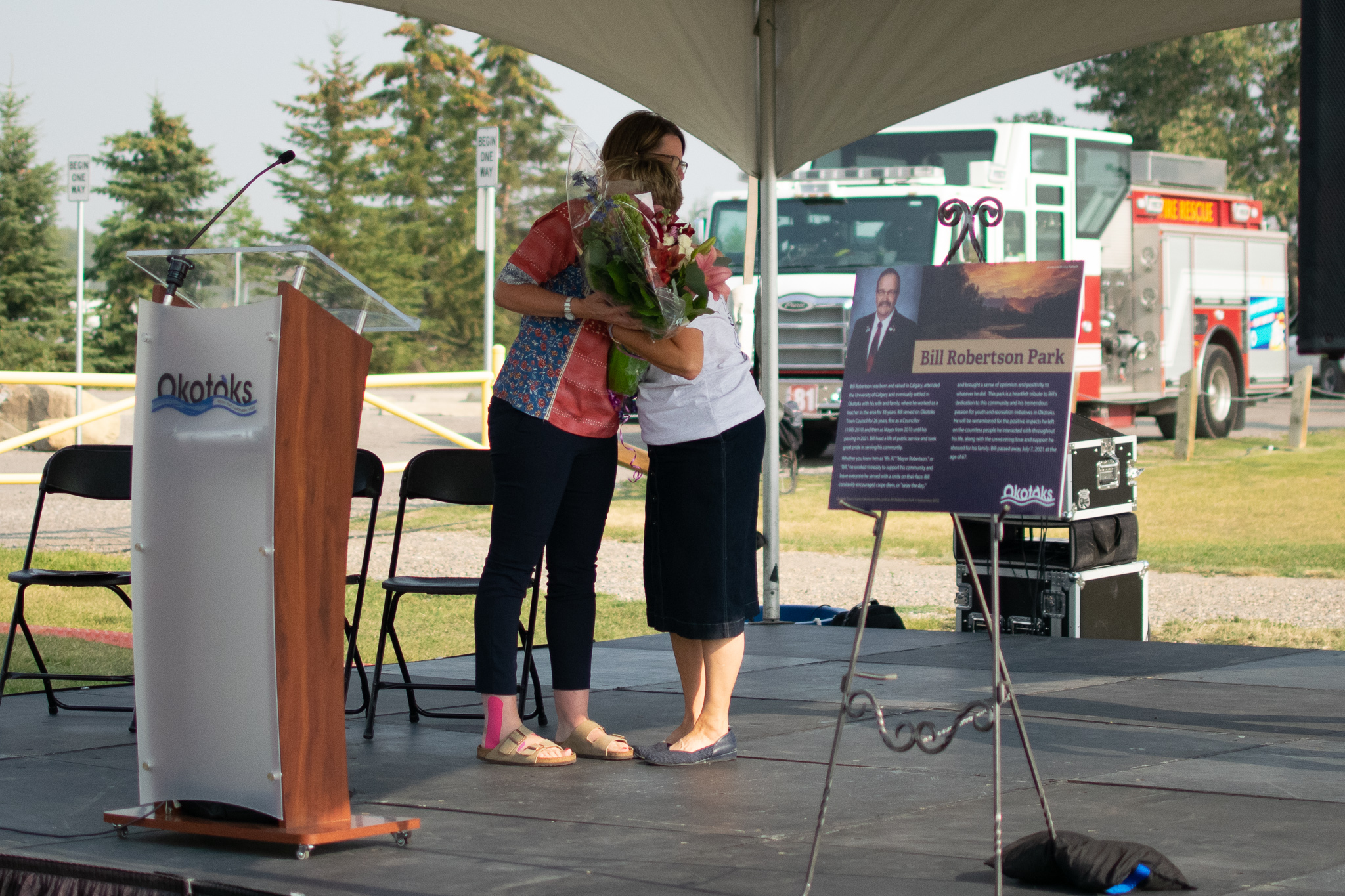 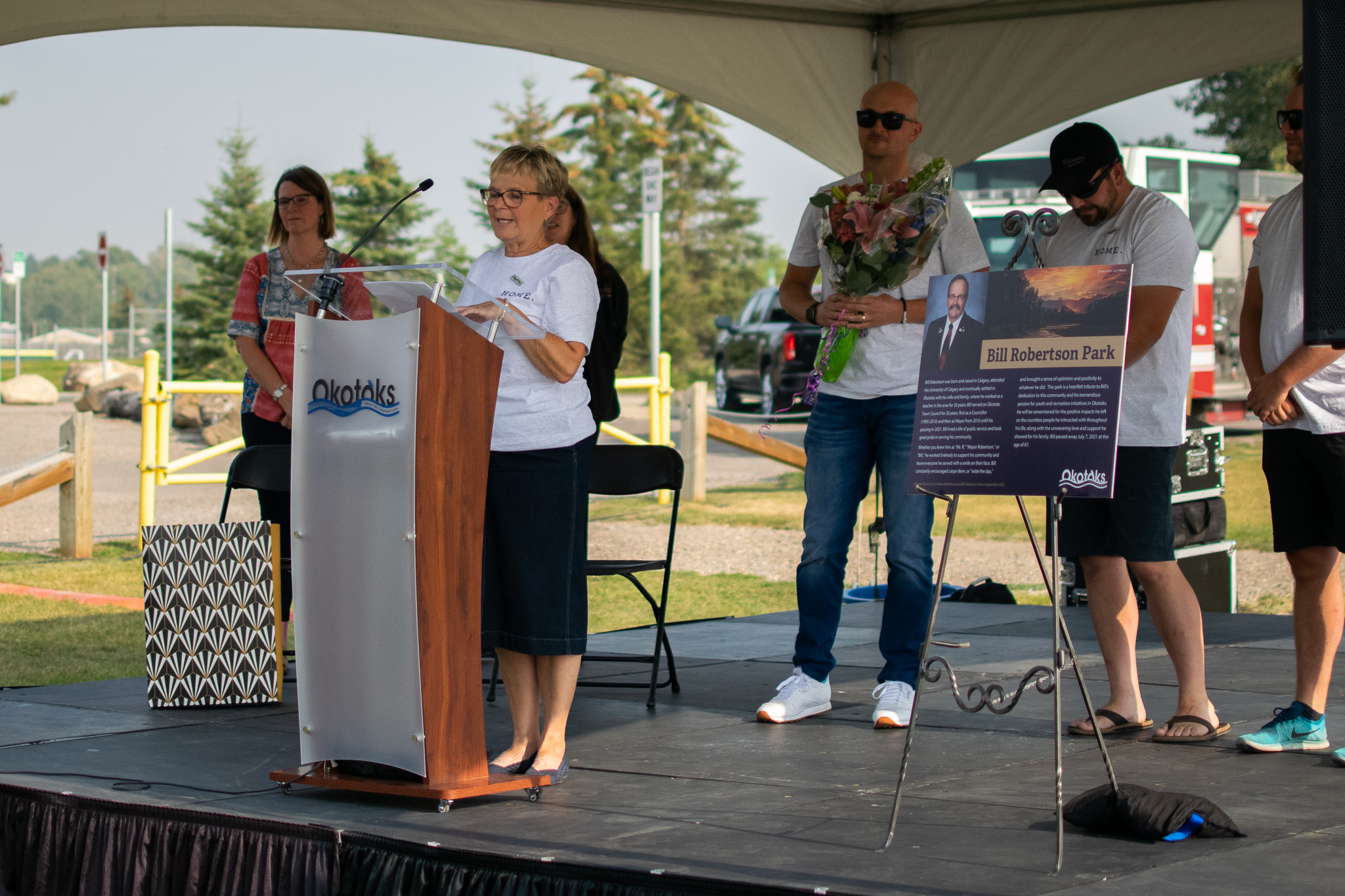