Okotokians gathered in Mountainview for a park renaming ceremony on Thursday (Sept. 29).

The park at 245 Mountainview Drive has been renamed T. Allen King Park.

Mr. King was a prominent community member known for owning King's Pharmacy, initiating the first Okotoks parade, his many years working with local service clubs and boards, and a stint on town council from 1967-1974.

Among those at the ceremony were Mayor Tanya Thorn, councillors Gord Lang and Brent Robinson, former councillor Ray Watrin, Highwood MLA RJ Sigurdson, and numerous members of the Rotary Club of Okotoks.

Okotoks Rotary Club President Robert Gollan also shared some words of appreciation for Mr. King and his profound impact on the organization.

Another plaque was unveiled that will remain at the park, displaying the park's name and the history of the man himself. 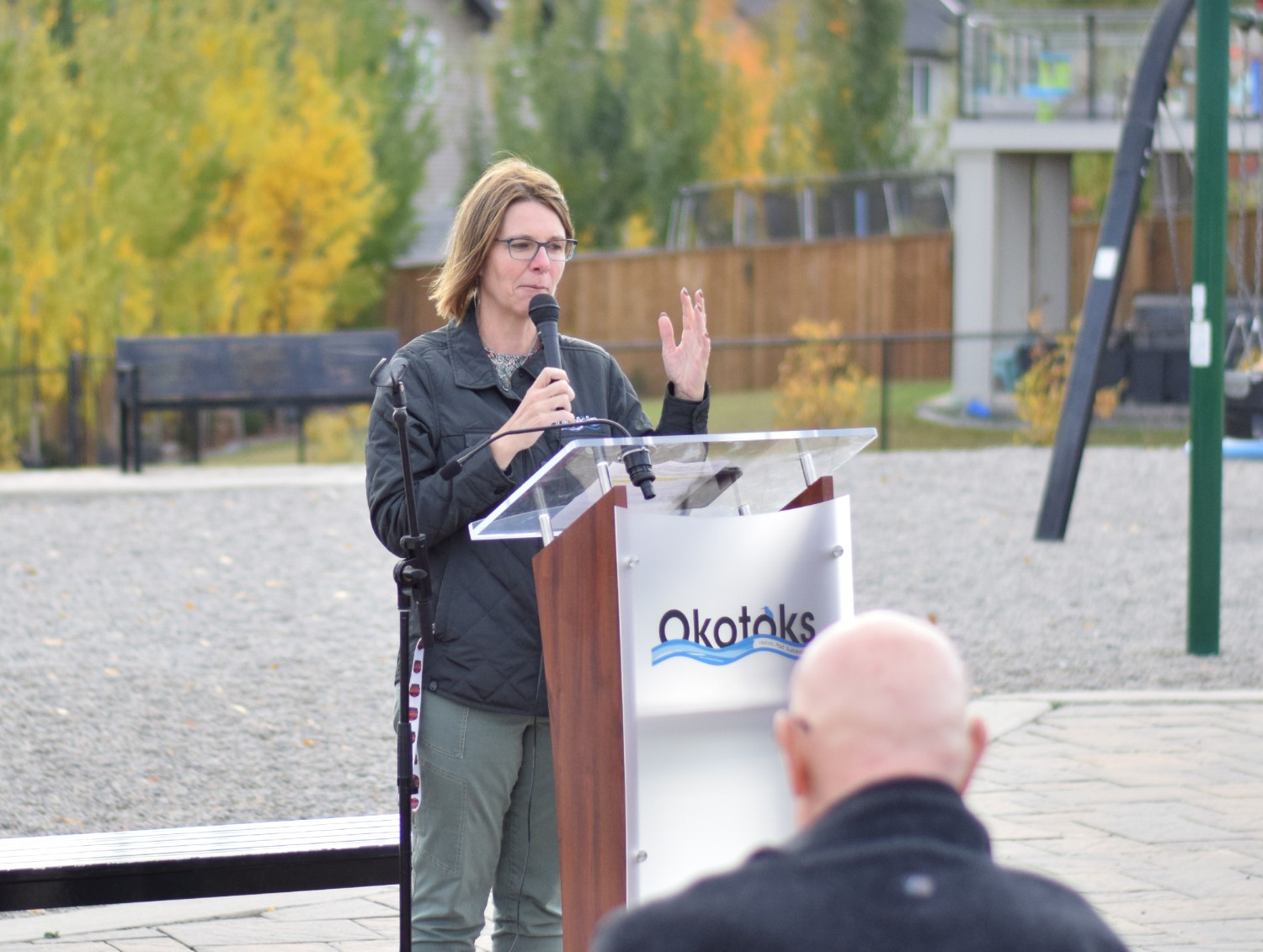 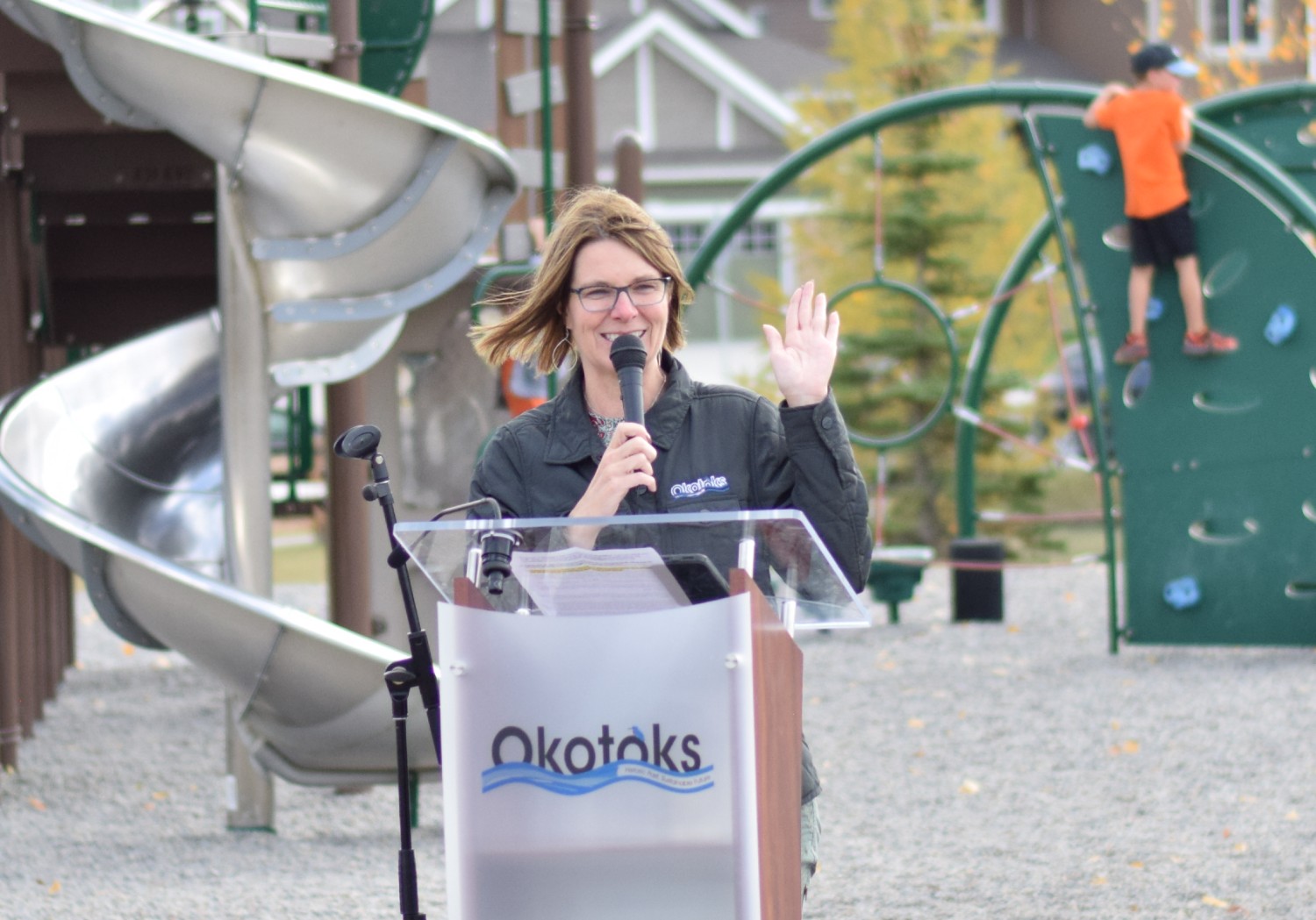 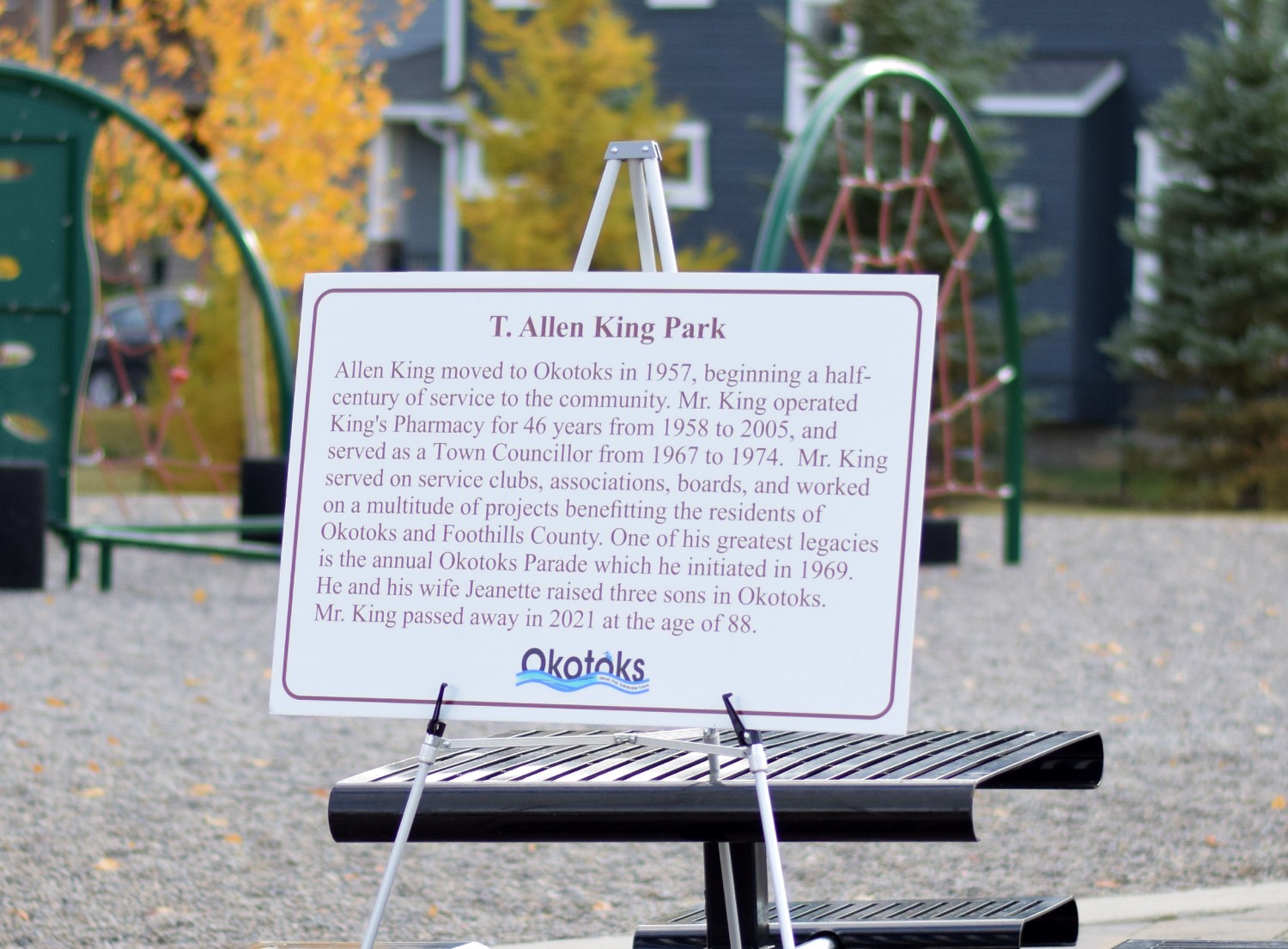 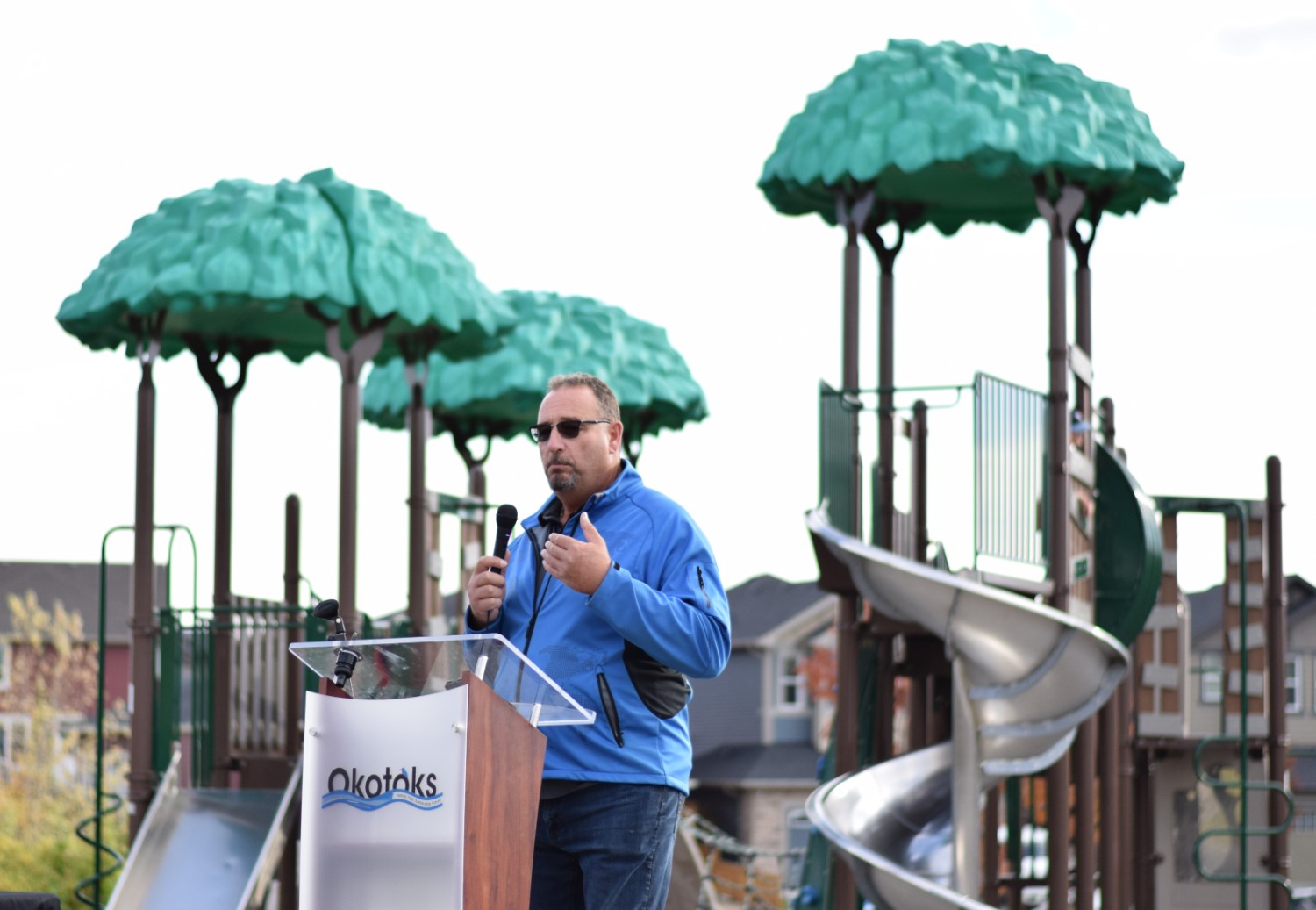 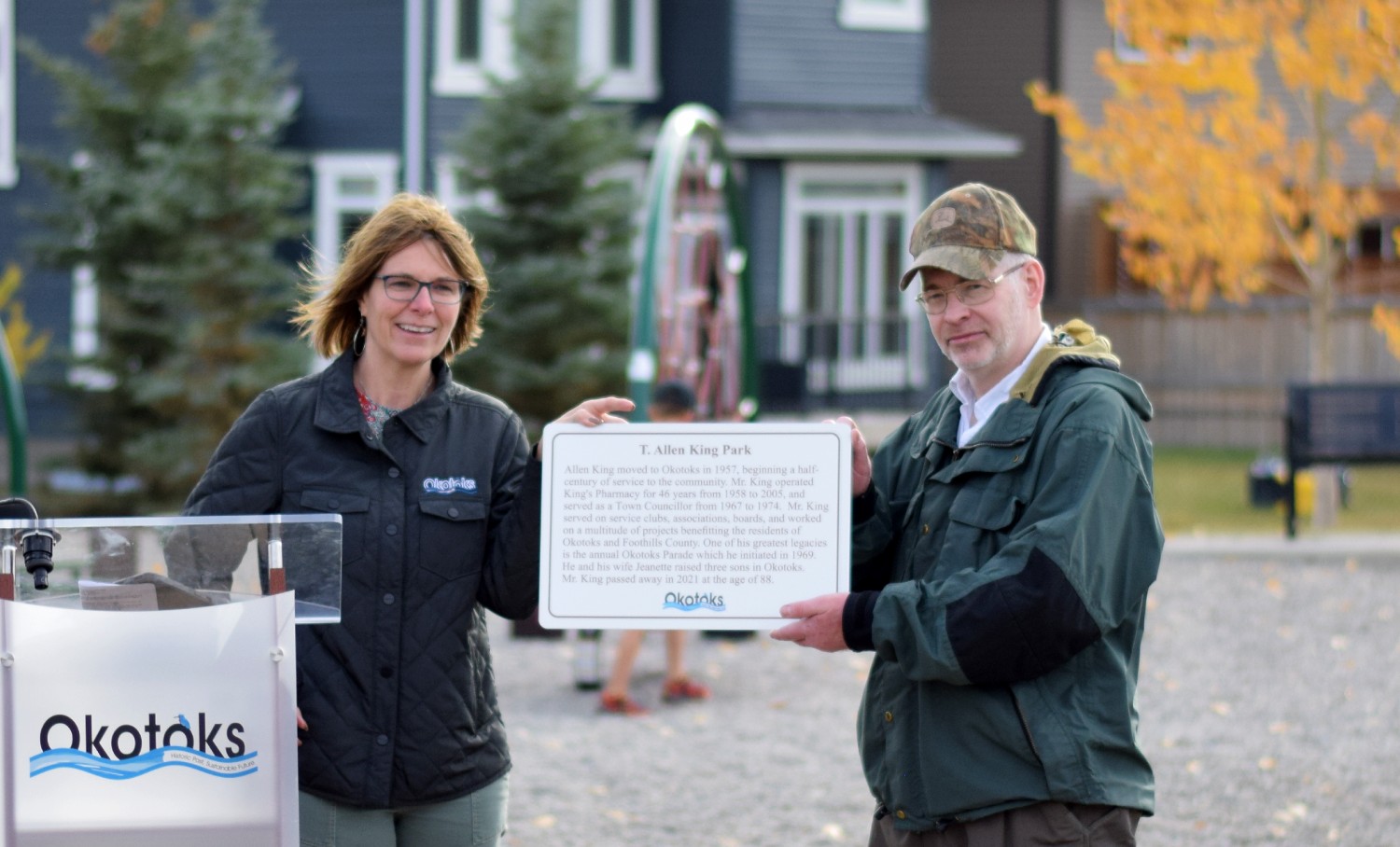 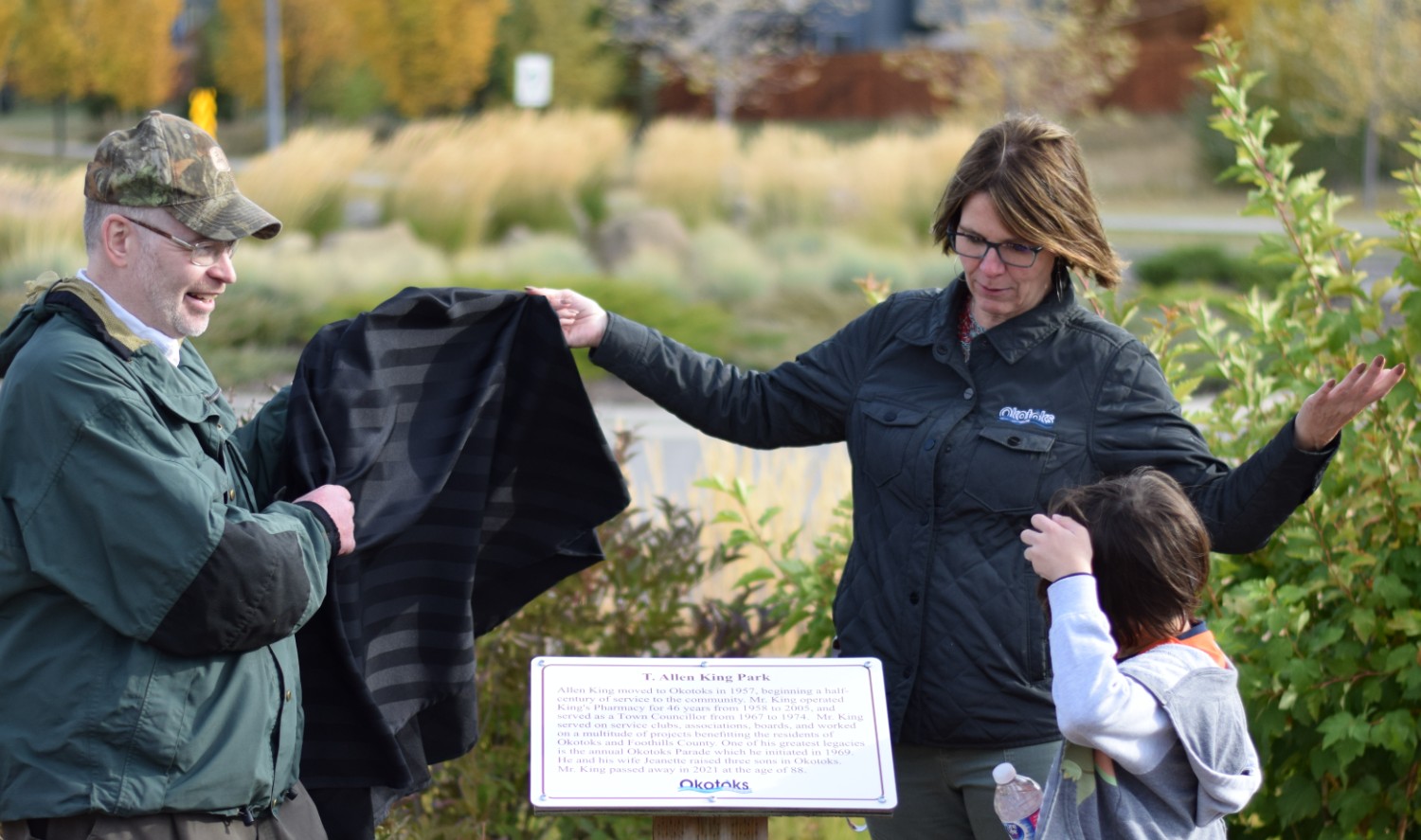 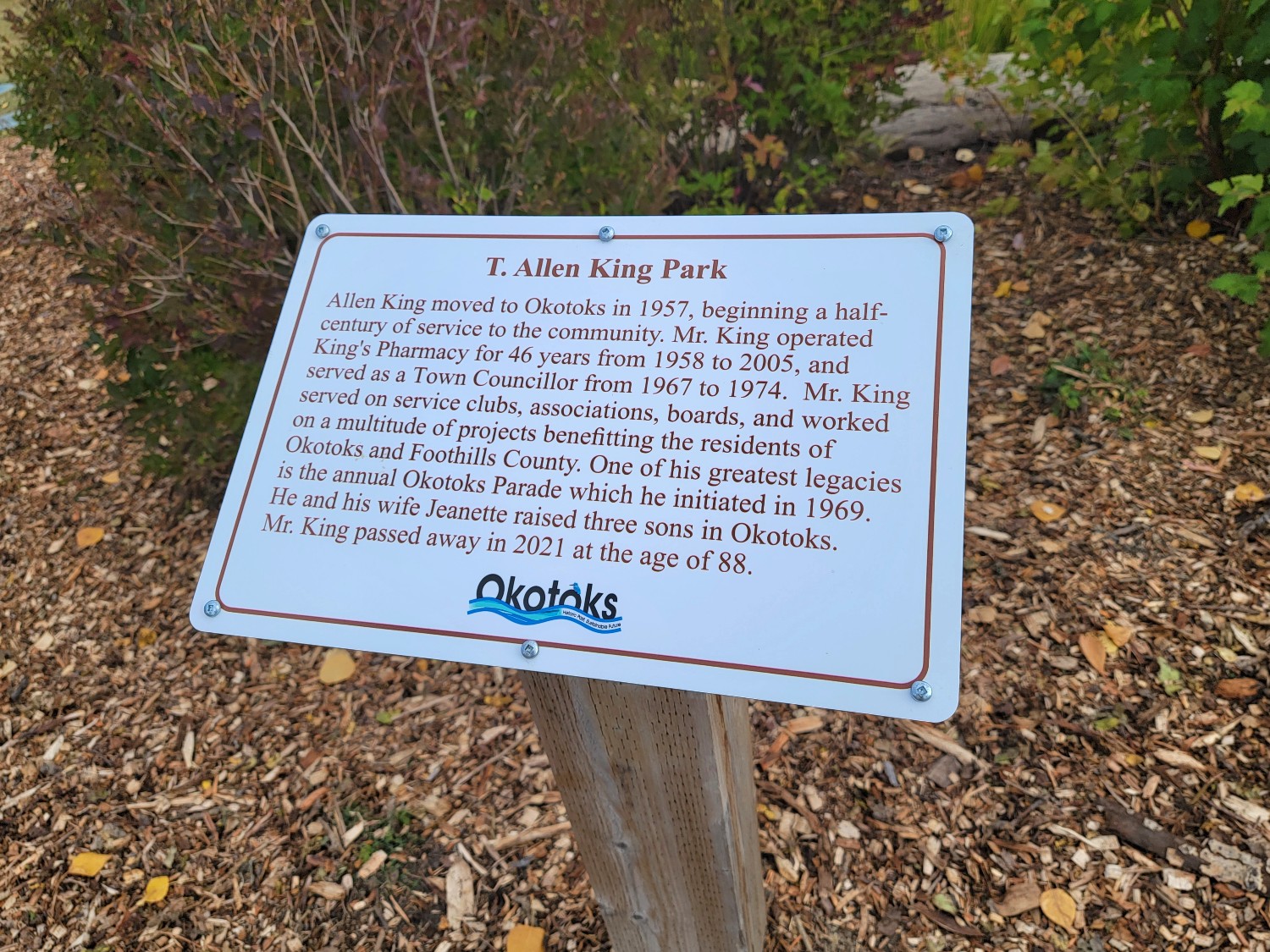 Town of Vulcan, Vulcan County look at setting up their own ambulance service

Protection for the unvaccinated delayed

Spreading Spirt in the Foothills a Success

75th Anniversary of W.O. Mitchell's Who Has Seen the Wind